GHD is overseeing the redevelopment of a number of DHPW multiple dwelling developments. ADA was selected to prepare proposals for a number of these sites, including this consolidated corner site in Murarrie. The proposal consists of thirteen two-bedroom apartments over three floors.  Building mass is visually reduced by stepping it in both plan and elevation, thereby reducing the impact on the single dwelling character of the neighbourhood. The design had to take into account DHPW’s V2 Design Guide and the Liveable Housing Design Guide requirements, with four units at platinum standard and fully accessible, and the remaining nine units at gold standard.

Don’t hesitate to contact us to for some preliminary feedback on your exciting project and let us assist in turning your design dream into reality.
We have a fantastic track record of delivering projects with minimal fuss on time and on budget. 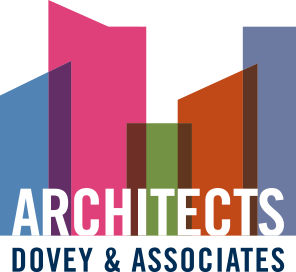